Three members of the York Analytical management team have been named Vice President, reflecting their long-term contribution to the growth and expansion of the company. The three are: Robert Bradley, Chief Technology Officer, Rich August, Client Services Director, and Kevin Liddy, Finance.

“Bob, Rich and Kevin have played an instrumental role in helping York Analytical become the region’s environmental laboratory of choice, as well as creating a culture of innovation and client service that our customers have long valued,” says Michael J. Beckerich, President and CEO.

“The team-focused culture we have built and sustained together is unique in our industry and testament to the commitment of our senior team to do “whatever it takes” to solve technical issues fast and communicate well with each other and clients for optimal success. Over the past few years we have added a number of important people to our team to supplement the many York veterans. I’d like to celebrate all our great staff, but today’s announcement is focused on these three special gentlemen.”

According to Robert Bradley, York’s Chief Technology Officer and “Professor of PFAS”, “Over the last decade the parallel advancement in electronic data deliverables has become just as important as the analytical results themselves. Implementation of advanced information technology has been something I have been very focused on as the level of expertise has increased significantly.

“York invested early and often in the industry’s most sophisticated laboratory technology, particularly in advanced PFAS instrumentation, and that put us in position to continue to be a leader in PFAS analysis for years to come.” 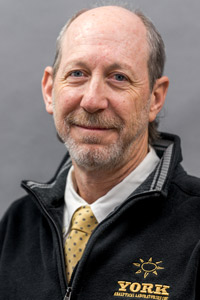 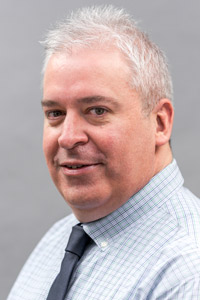 During Rich August’s 30+ year tenure as a client service director at York, “We’ve gone from the little lab that could to the bigger lab that can, with an increased commitment to client service that makes a difference. My very first client that handed over a jar of soil for testing all those years ago is still a client today – and we’re exceedingly proud of those relationships.”

With the recent expansion of York’s sixth location in Long Island and the acquisition of Aqua Environmental in Newtown, CT, Kevin Liddy cites, “Having a strong financial framework and solid controls in place has been a focus of mine since joining York Analytical in 2015. It is often a difficult hurdle for small businesses to scale their operation for the aggressive and unpredictable growth we have seen in the past five to seven years.

“The strong relationships we have built with our staff, clients and many important vendors is critical and has put York Analytical is a winning position for the next chapter of growth.”